Benefits And Myths Of Ripple That You Should Know 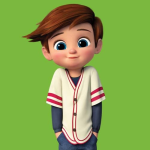 Lately, the cryptocurrency Ripple has been in the news frequently and due to various reasons. The concept of Ripple has been around longer than bitcoin, but the fintech giant’s blockchain based payment system today known as Ripple took a few years to come into play.

Since cryptocurrency is uncharted territory for most people, there are a lot of myths and rumors surrounding the topic. A lot of the protocols that most cryptocurrencies work on are misunderstood due to conflicting information available which ends up undermining that particular asset. Let’s take a look at all the rumors and myths that surround the particular cryptocurrency Ripple and understand the actual benefits of investing in them.

What Is Ripple And How Does It Work?

Ripple (XRP) is a cryptocurrency token meant to move transactions away from central databases owned by financial institutions and toward a more open infrastructure while drastically reducing transaction charges. XRP transactions are quick and inexpensive, making them ideal for cross-border transactions. The XRP Ledger, the software that allows the usage of XRP, introduced a new manner of managing blockchains that Ripple advocates argue is more appropriate for transactions. XRP’s presence in the market is dependent on a for-profit business named Ripple, which remains the primary participant in the XRP ecosystem to this day. Ripple, as a prominent XRP token holder, contributes to the upkeep of the XRP Ledger and plays an important role in its growth. The XRP cryptocurrency uses a consensus method combining numerous bank-owned servers to verify transactions. Validators confirm the validity of proposed transactions by comparing them to the most current version of the XRP Ledger. To be validated, a transaction must be approved by the majority of validators.

There is a myth surrounding Ripple that it is the next best crypto to buy after Bitcoin. This is not true as Ripple is only meant to act as a bridge between payment processors, financial institutions and global banks. The token was intended to be used to settle cross-border payments in a speedier and more cost-effective manner than present international payment networks. The XRP Ledger, which operates XRP, can settle 1500 transactions per second with a transaction cost of $0.0000542, something the Bitcoin ecosystem cannot manage. The XRP token is priced at approximately $0.3139. Convert XRP to INR for the value of XRP in terms of Rupee.

Are Ripple And XRP The Same Thing?

Most people end up using Ripple and XRP interchangeably but they’re not the same. XRP is a cryptocurrency and Ripple is a fintech company which supports and develops XRP and the XRP Ledger. The company Ripple is focused at building technology that brings new utility for the XRP token and other XRP related use-cases.

What Are The Benefits Of XRP And Ripple?

XRP was created to enable connectivity among the multiple financial institutions around the world via a single application programming interface. This was intended to make all these transactions faster, cheaper, more reliable and secure. RippleNet removes the need to pre-fund accounts by offering On-Demand Liquidity, a service that utilizes XRP to obtain liquidity during cross-border transactions. In summary, Ripple’s XRP-powered technology enables network users to conduct payments in real time, improving payment efficiency and certainty. XRP is utilized to access liquidity on demand and lower the amount needed in nostro accounts to conduct global payments.

Ripple also contributes to the Interledger Protocol, a software framework aimed at facilitating transactions between cryptocurrencies and bank ledgers. The Interledger Protocol is not dependent on XRP, however it may be linked to the XRP Ledger. XRP also makes use of RippleX, which enables developers and entrepreneurs to incorporate blockchain technology into their applications via the use of tools and services created on top of the XRP Ledger. XRP, like other cryptocurrencies, may also be used on-chain.

Ripple offers various benefits like quick settlement, less competition, flexible exchange network and higher reach. Compared to banks and other financial institutions, the speed that Ripple provides is exceptionally faster. Their target is to unite financial institutions which leaves little room for competing with other cryptocurrencies. Their ties with large banks and financial giants gives them an edge and credibility over other cryptocurrencies and the low fees charged by Ripple is another bonus, both for investors and banks.

From an investor’s point of view, there are various cryptocurrencies other than Ripple that have done well in the past year like Ethereum, Cardano, Solana and Shiba Inu. You can buy Shiba Inu india or any of the other above mentioned cryptocurrencies on various exchange platforms. Just make sure that the exchange platform is secure and doesn’t charge a high transaction fee or this might hamper your profit margin.

What are the advantages of using a cloud-based device farm?